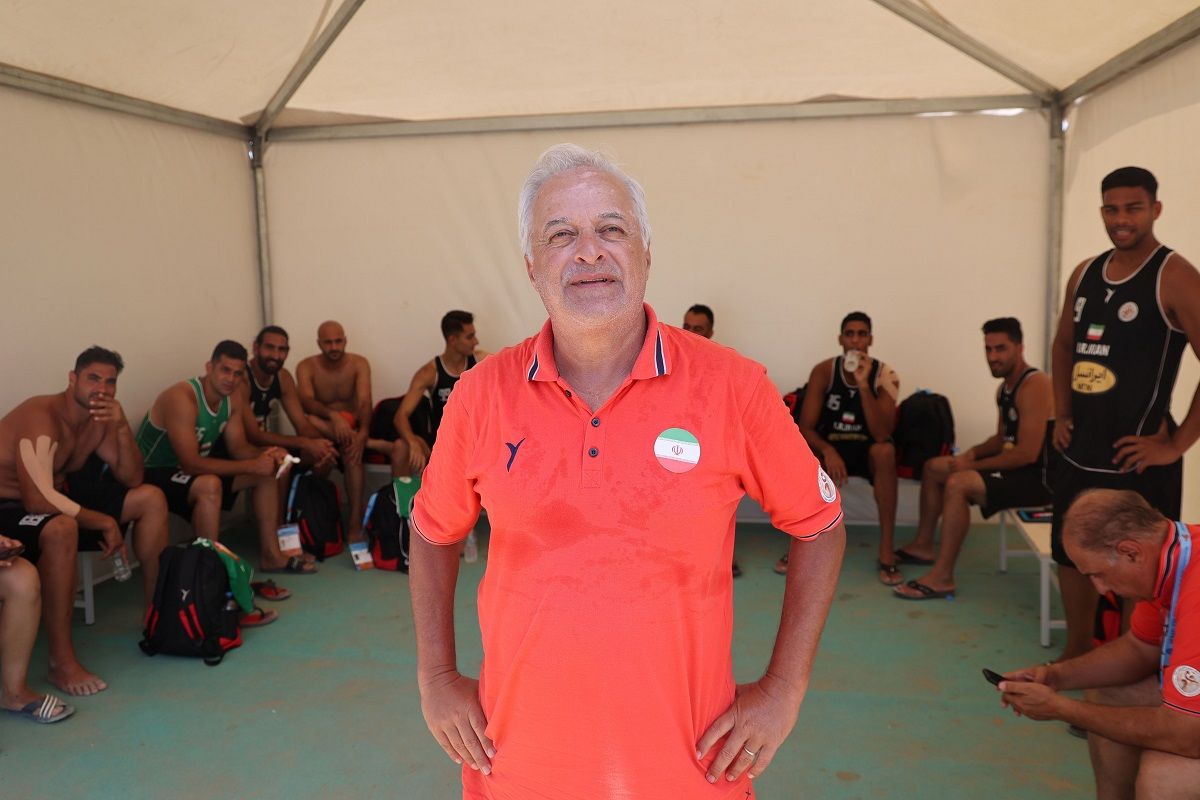 In the lexical entry "legend" of the beach handball encyclopedia there is his… master’s face!

For Antonio Guerra Peixe, who is boasting five gold medals at World Championships, the word "legend" could be lenient!

For the past two months, the coach of the Iranian national team has been the perpetrator of the dynasty that Brazil built in the history of the Beach Handball World Championships: he led his country's team to the highest positions and made it the top power in the sport.

"We have beaches, we like playing with the ball, we are a sports nation and everything happened normally. From the moment the beach handball was launched, Brazil put a lot of emphasis on it and the results came out completely normal", the 65-year-old coach emphasizes.

During his time on the bench, Brazil also won three gold medals at the World Games and one at the Beach Games.

All this is neither small nor contemptible for a man who has dedicated his life to handball, whether it is played in the hall or on the sand.

"I love this sport, it fascinated me from the first moment I saw it played. The spectacular moves, the entertaining character and its fascination made it special and very popular", he adds.

Thursday, June 23, 2022, was a very special day in the life of Peixe, who as the coach of the National Team of Iran faced the team of his homeland and next the kindred Portugal.

"To be honest, I did not feel anything special facing Brazil, because this is something that often happens to coaches and athletes. I am a professional and as such I have to work, whatever team is in front of me".

"Brazil and Croatia are favourites"

Experienced in world-class competitions, Peixe considers Brazil and Croatia as the favourites to win the title in Heraklion.

"These two teams have the best chances, but in a big events surprises can always happen. After the pandemic, several teams renewed, while in the four years that have passed since the previous World Championships, some great players have left from the spotlight. The facilities and the organization here in Heraklion are at a high level and constitute an advertisement for our sport", he explains.

A fan of Fluminense in football, Antonio Guerra Peixe has left a very strong mark on the sport and is one of his legendary figures.

He claimed to have coached most of the prominent players, but did not hesitate to name the best ever: "Without a doubt, it is Bruno Carlos Oliveira".