The time for Greece to be proud of its own state-of-the-art facilities for Beach Games has come.
The Karteros Beach Sports Centre in Heraklion will be officially inaugurated on Monday 13 June at 19:30 by His Eminence the Archbishop of Crete Mr Eugenios, in the presence of the Deputy Minister of Sports Mr Lefteris Avgenakis and other representatives of the local authorities.

The facility will host the IHF Men’s and Women’s and U18 Men’s and Women’s Beach Handball World Championships between June 14-26 and will be the main venue of the 3rd Mediterranean Beach Games "Heraklion 2023".

The national teams that will participate at the Beach Handball World Championships have started arriving in the city of the Heraklion. Local fans’ eyes will be fixed on Greece’s national teams, especially the women’s squad, which aims to defend the world title they won in Kazan in 2018.

Ahead of the inauguration of the facilities and the upcoming World Championships, the President of the Hellenic Federation Mr. Costas Gkantis commented:

"The facilities in Karteros are unique in Greece and perhaps one of the best in the world. We would not have had them without the contribution of the Deputy Minister Mr Lefteris Avgenakis, so the completion of the venue must be credited to him. He has already received congratulations from the International Handball Federation.

“What has been created in Heraklion could work as an example for other coastal cities in Greece. The benefits and profits for Crete from these facilities cannot be measured and I am not talking about the tourist part, since Crete is a popular destination anyway. Local athletes will benefit as well.

“The first Beach Handball World Championships to be staged in this state-of-the-art facility is the largest sporting event hosted in Greece since the pandemic, with 64 countries from all five continents and more than 2,000 athletes, coaches and officials coming to Heraklion. We are absolutely ready for the first throw-off of the Games". 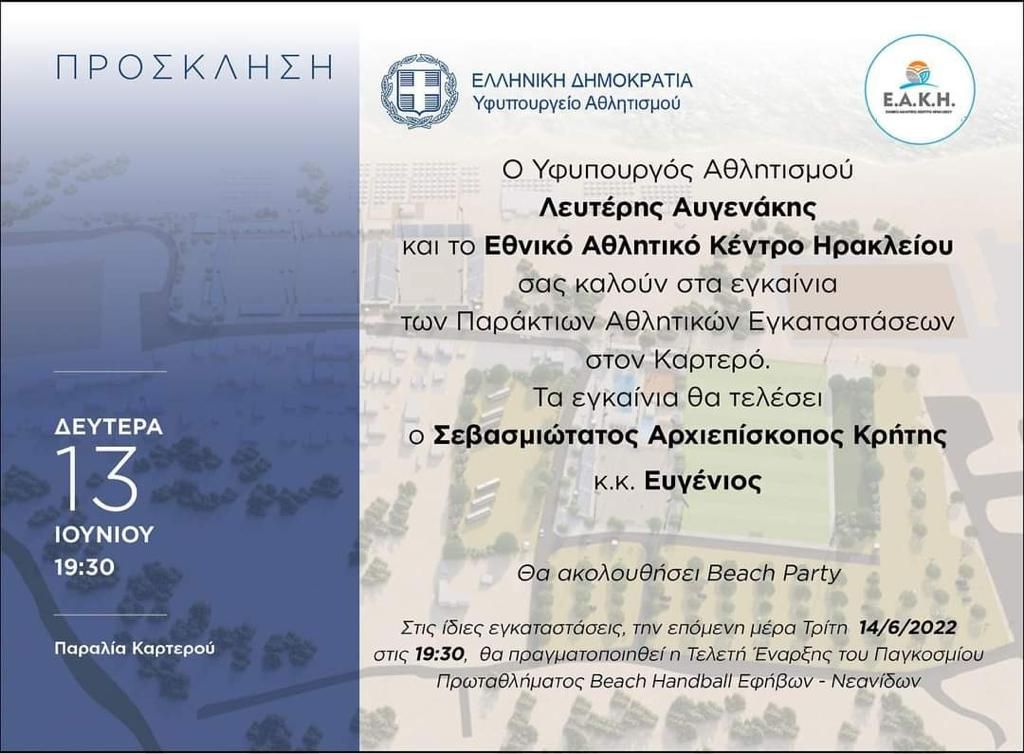