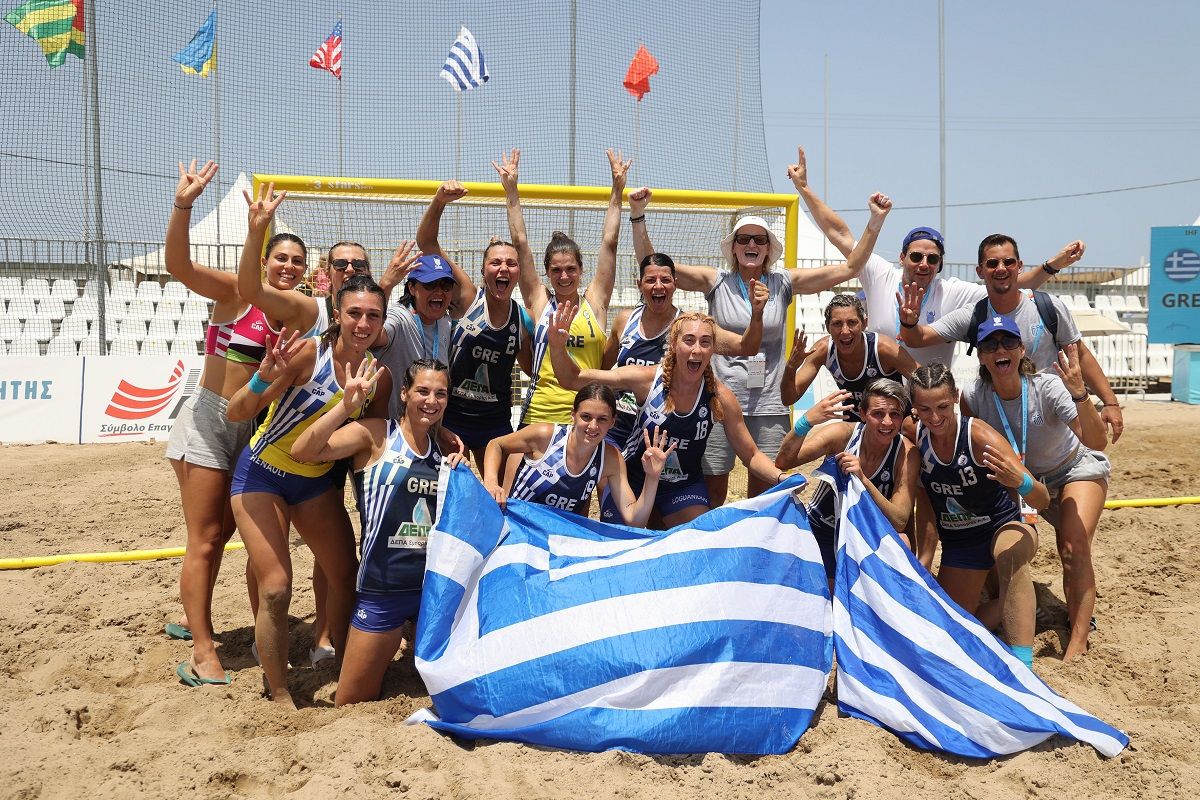 Greece’s unbeaten runat the Men’s World Championships was extended to four games courtesy of their dramatic victory over Spain with 2-1, in their first Main Round game.

The Spaniards, inspired by the saves of goalkeeper DonderisVegas, who stopped the Greeks on six occasions, comfortably won the first set with 30:20.

Early in the second set, Papazoglou and Gourgoumisparried three shots, to intercept the Spanish attack. However, the Spaniards were close to victory, when they were ahead by two goals (19:17), with five seconds to go. However, a determined Greek sideequalized withGiorgosEleftheriadis, meaning that a golden goal would be needed to decide the winner of the set.

ManolisLadakiswon the jump-ball, beating the 2.12 m. tall Montorosand scored to sent the match to theshoot-out process.

The final result, 9:8 sent the Greek fans and players into raptures. The win means Greece qualified to the quarter-finals and edged closer in finishing in the top two spots of their group.

"In the first period, the Spanish goalkeeper made us lose our minds with his saves. Then we read the match better, reacted and overturned the situation.

"I’ve just played in the most thrilling matches of my career so far".

"I have never had the chance to score a golden goal before and I am happy I did it.

“I had to do it ‘cause I missed several shots and I did not want to be the one to blame for a possible defeat, it was like a redemption. In the shoot-out I said‘let's do it’, the rest is history”.

“We showed this team is made of steel, we refuse to lose. That’s our motto. Spain were among thefavouritesto win the gold medal, but we managed to beat them".

"I do not believe in luck, so I do not think we were unlucky. The Greek team played better in the crucial moments of the game.

"In the first set we played the perfect game both in defence and attack but suddenly we lost our minds. We found it had to score and did not respond well to Greece’s counterattacks.

“Congratulations to the Greek team, we will regroup and see what we can do from now on”.