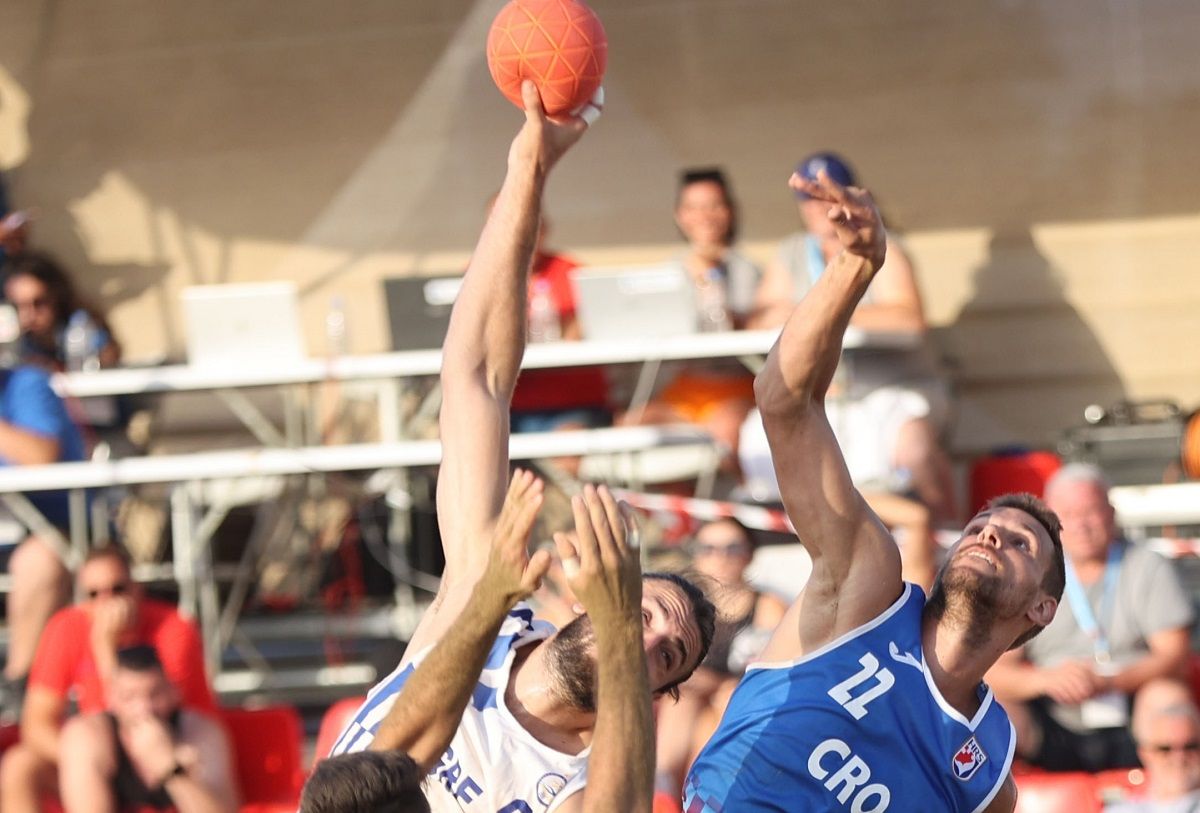 Valentino Valentakovicgrew up watching the legendary Ivano Balic winning Olympic and Worldtitles: "As long as I remember, I always wanted to look like him", he recalls.

Regardless of whether he plays like him or looks like him, which is not an easy thing to do, the Croat beach handball internationalhas set the bar high!

Croatia holds a seven-game winning streakat the 2022 World Championship that is being held in Karteros, and another final against Brazil looks quite possible…

"It happens in all competitions. Its’ always us and the Brazilians", says 29-year-old Tino, who played last year in Klaksvikin the Faroe Islands. Switzerland will be his home base next season.

"But let's not rush. There is always the possibility of a surprise and an underdogmay come out of nowhere," adds Valentakovic.

"We had a hard time with Greece in the first period in the Main Round match, but in the second set everything worked as it should have been in both defence and attack," cites the Croatian player, who is impressed with the Karteros Beach Sports Centre

"The facilities are awesome, the conditions are excellent, everything is going well and will look evenbetter if we manage to leave on Monday with the trophy of the world champions in our luggage".

Zagreb-born Valentakovic tried various sports in his childhoodincluding football, basketball and tennis, but chose handball to become his profession. "I was attracted to handball, because I admiredIvanoBalic and due to Croatia’s long tradition in this sport. It turned out that I made the right choice and I feel overwhelmed with what I am doing”.

“As far as beach handball is concerned, I have been playing on the sand for more ten years and this is my favourite summer sport. I really like it because it is fast, spectacular and exciting for both players and the spectators. The spin shots are pure magic!".