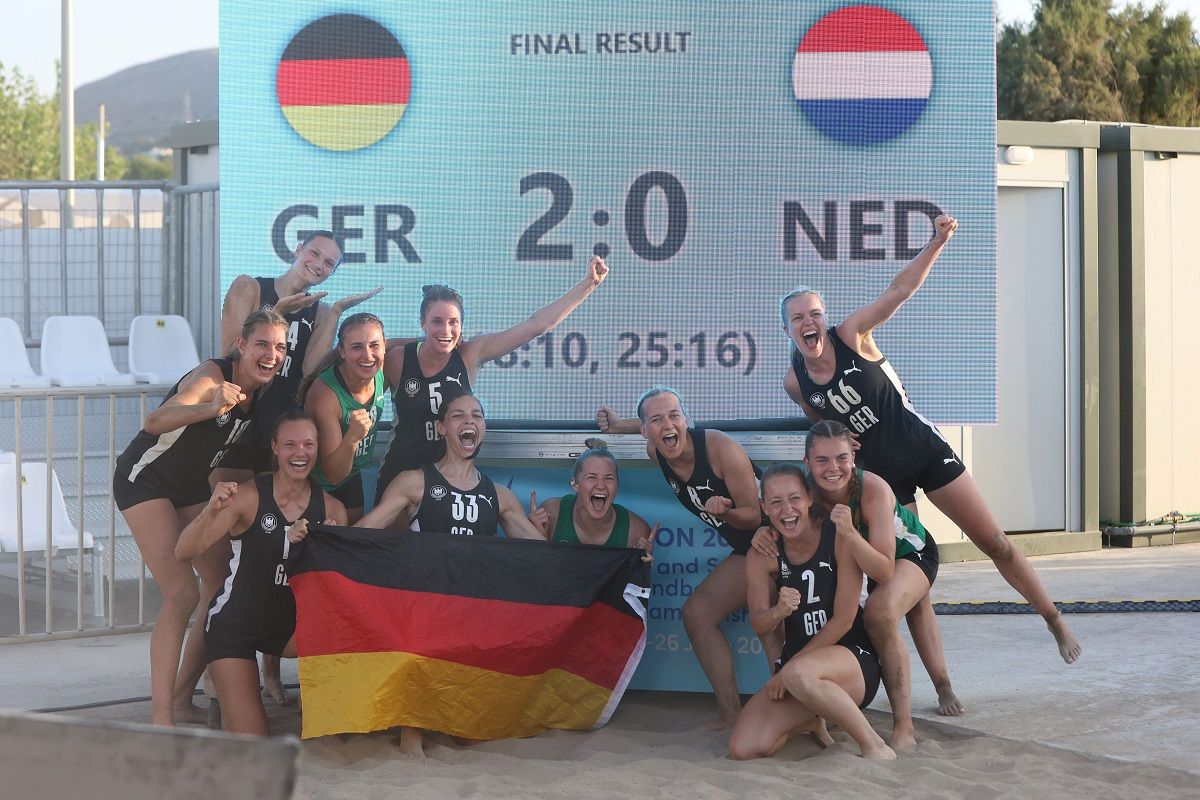 With an imposing performance, Germany, the 2021 European champions, easily defeated the Netherlands 2-0 in the first semi-final to book a place for the final of the World Championships.

The Germans were clearly the better side throughout the whole match.

In the first the set, the Netherlands stayed close as long as they could (10:8), but then Germany tightened their defense and aided by goalie Filter’samazing performance (10/23), they made a 8:2 run to win it by 18:10.

There was no drama in the second set asthe Dutchtrailed by ten (12:2) form the early stages and never really posed a real threat to Germany.

“Yesterday we prevailed over the Netherlands and today we followed the same tactics.

“To be honest we did exactly the same as yesterday. So, we won again by a big margin. We are very happy.

“The defence did extremely well and I think our victory is fair.

“I believe that we can win the gold medal, we believe in ourselves and we feel that we have a very strong team both in defence and attack».

“We are obviously disappointed with the loss.

“Germany were better than us today. Tomorrow we will try to win the bronze medal.

“We should not dwell on today’s performance and aim at tomorrow's match.

“Weremain focused and when the tournament is completed, we will start drawing a new plan for the future”.