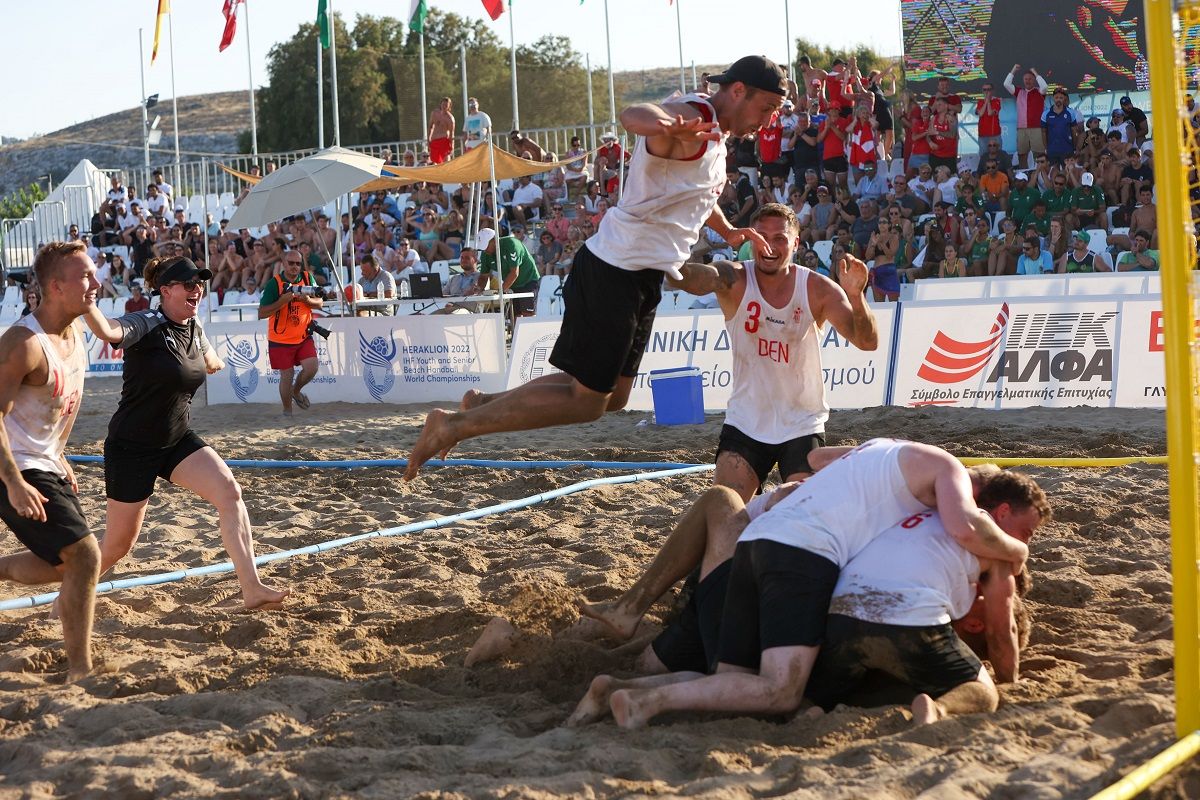 For the first time ever in the history of the Beach Handball World Championships, Denmark qualified for the final after a brilliantwin overreigning champions Brazil.

In the first set, none of the teams managed to build a lead bigger than two-goals until the eighth minute when a 7:2 run by Brazil, put them in front with one set to none.

Denmark bettered their attacking efficiency in the second setand led by six(16:10), but a one-man-showby Pires sent the set to thegolden goal process. Denmark scored with F. Jensen to make it all square.

The shoot-out set was fascinating. The Danish goalkeeper, S. Jensen shavedtwo shots, with the last one against Pires,awarding Denmark a historical victory over the defending champions.

“Ιt was a tough game, you can tell it by the scoreboard. We fought hard but we lost.

“We were very close to win in the second set but we didn't make it and then Denmark was better in the shoot-out. There’s nothing more to say, let’s go and win the bronze medal”.

“Teams like us, Brazil and Croatia are usually in the semi-finals. This year the fourth team is the hosts.

“Today's game was dramatic. Brazil has a fantastic team. But if you want to become world champion you have to beat them all.

“Victory was decided in the details and this year it was our turn. I'm very proud of my teammates. We fought hard in the first set but we lost it by five points. In the second set we all fought together, we stay focused and we did it. We're really happy,although a little bit tired."