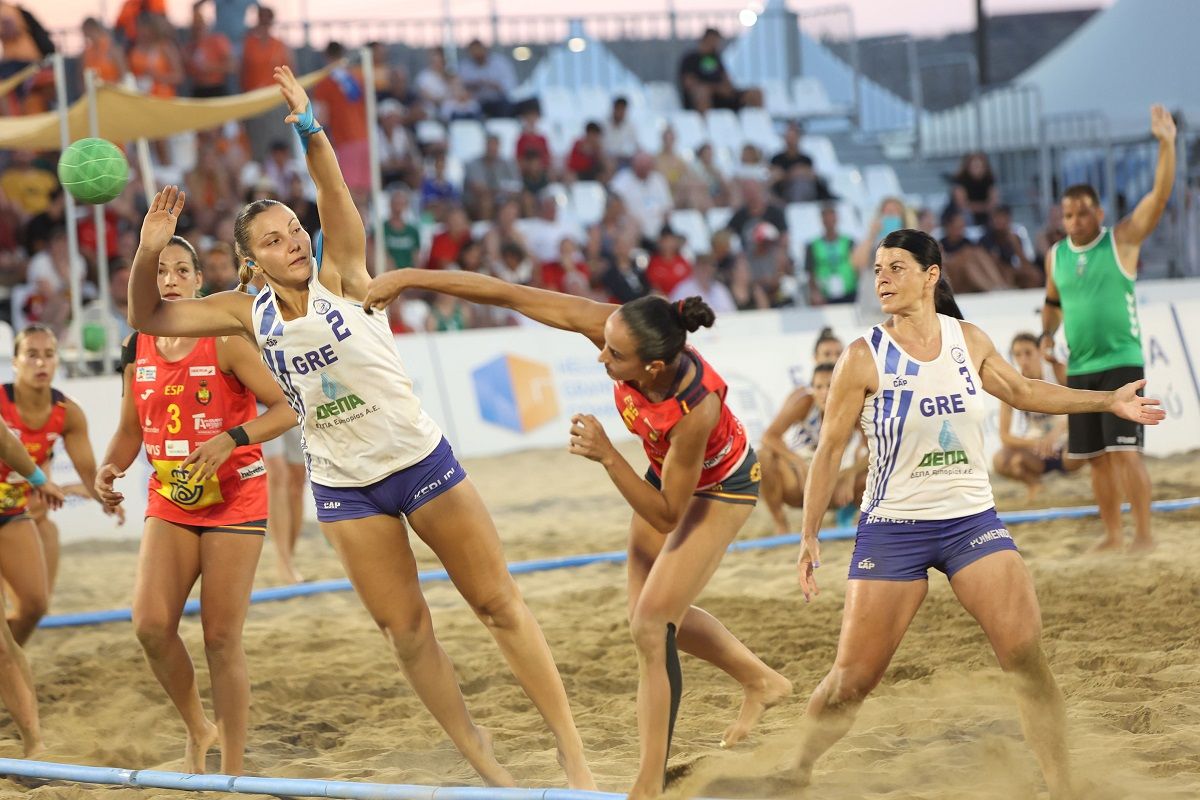 Patricia GuardadoEncinaswas the star player of the second semi-final between Greece and Spain. The Spaniardgoalie made 17 incredible saves to lift her team up against the defending champions and helped them win in straight sets.

For Spain it was payback time, four years after the Greeks beat them in Kazan at the same stage and forced FuriaRojasurrender the world title claimed in 2016.

The Spaniards completely dominated the match, especially in the second set when it tookthe Greeks four and a half minutes to find the net.

"What can I say, there’s no explanation for what happened. We suffered a total black out and with such a low percentage in attack, we wouldn’t expect anything better.

"We scored only four points in the second set, this has never happened before.

"This loss will not let us down. We hold our heads high and will fight to win the bronze medal. It is not a small thing to step on the podium again, even if it’ll be for the third place".

"Unfortunately, we lost. I’ve broken the little toe of my foot, but right now I don’t give a damn.

"Congratulations to the Spanish goalkeeper. She wasfantastic but we also made her job easy with the way we shot. Unfortunately,it was a bad day for the whole team, but overall,I am proud of my team.

“We leave this defeat behind us and look ahead, because I believe that we deserve a medal and we must give everything’s left in the tank to win it ".

"I could never imagine that we would beat Greece so easily"

"We stay focused and followed our plan which helped us stop the Greek team, the world champions".