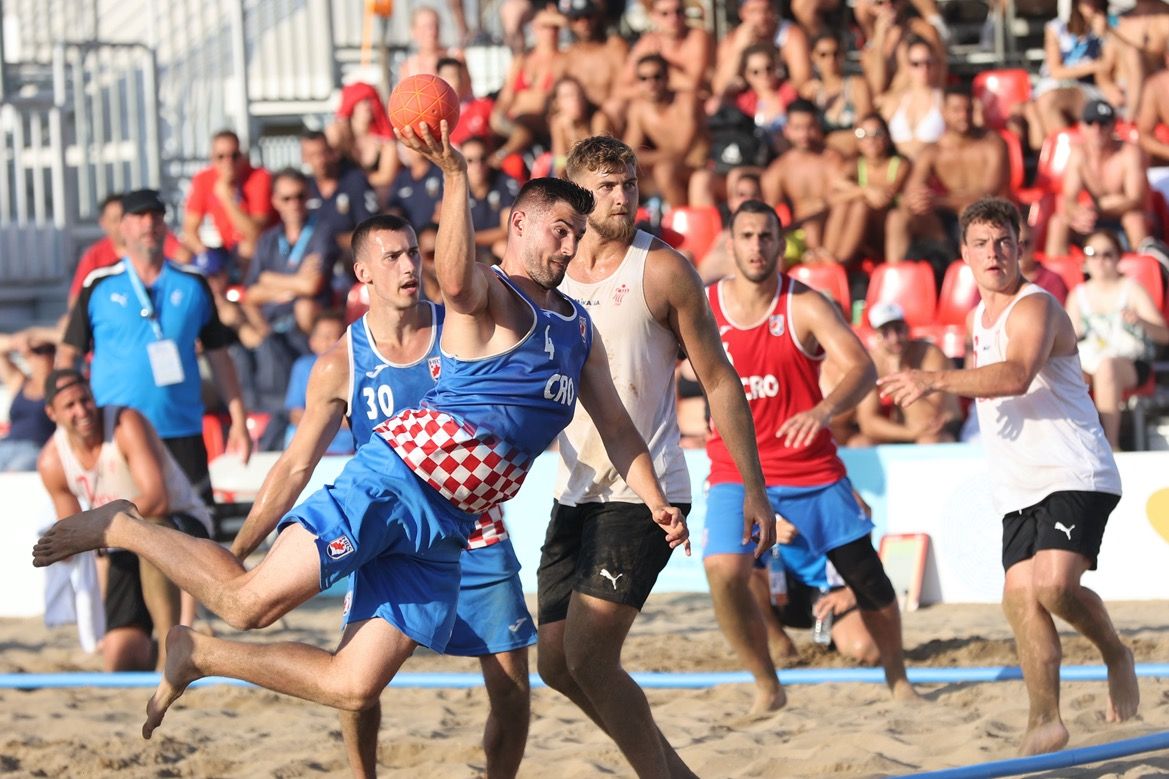 Croatia were crowned world champions for the third time in their history after their great 2-0 victory over Denmark (24:22, 21:18) in the tournament’s final.

Denmark gave their heart and soul, but to no avail, to stop the Croats who came to Greece to win the gold medal, a mission they fulfilled.

The Danish defence had no answer to Nikola Finek, who led the Croat attack in the first set. He finished the final with 18 points while Bura added 13 more, and his role was pivotal especially in the second set.

Another key factor in Croatia’s triumph was goalkeeper Ivan Dumencic who made 8 saves.

The Danes, who were missing suspended Ronnie Andersen, counted mostly in Martin Andersen (16 points and 8/10 attempts) and Moss.

"It's not the first time we become World Champions but it's always amazing. It was a game of high expectations. It is always hard to play against anybody because we are at the top.

“Everybody wants to beat us, but we always fight until the very end.

“The location and the organisation is amazing, thank you Greece!"

“I can't describe this feeling. It was difficult, everybody played so good in this perfect tournament."

"We lost the final, but not our confidence as a team. It was a very good match in which we could have done better. We will correct our mistakes and be even better next time.

“It was a very good and competitive championship with many good teams taking part in a nice facility and I want to thank everyone who worked for it; the organizers, the employees and all the volunteers, whose help was great and valuable".

"It was a tough game against an opponent who has a lot of good and experienced players. We are proud of our team, as we all worked hard to get the gold medal. When we look in the mirror we see satisfied and happy people.

“The organization was impeccable, the centre a state-of-the-art facility and we received a lot of help from all people, both inside and outside the court.

Crete is such a beautiful place and the people are very hospitable, we thank them all".