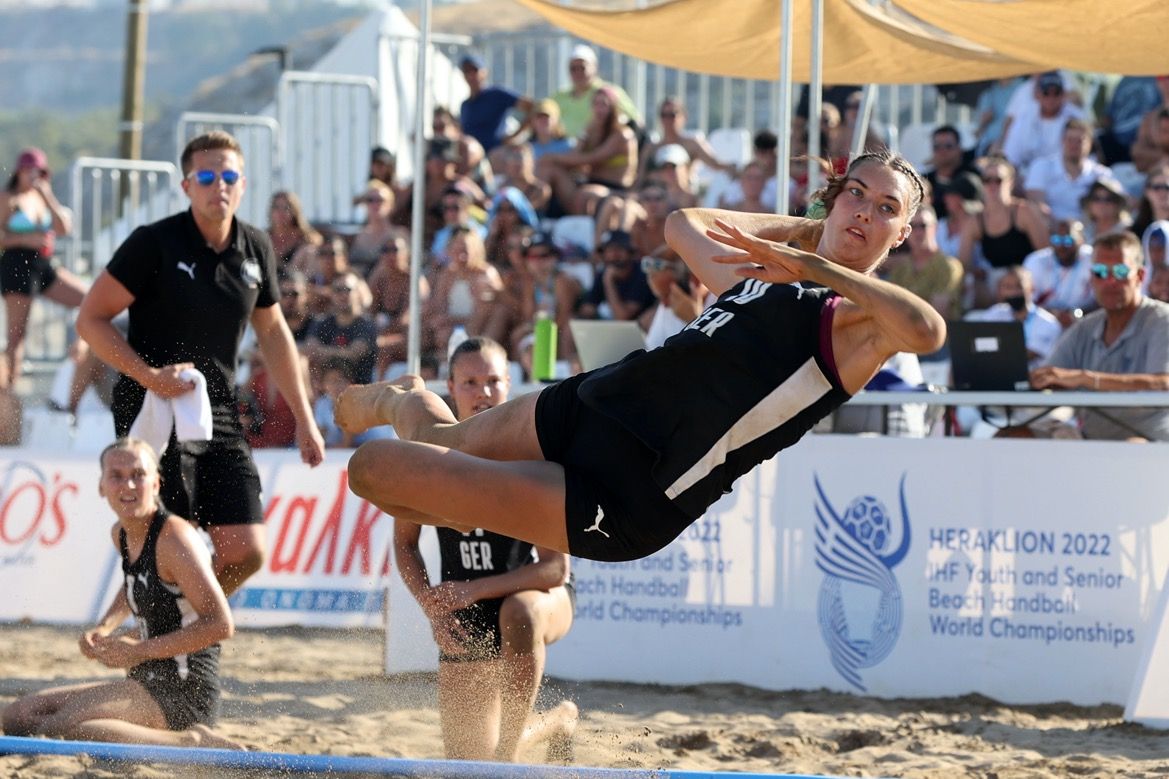 For the first time in their history, Germany were crowned World Champions after a well-deserved 2-0 win in the final over Spain.

The Germans, who needed two golden goals to close both sets and win the gold medal, did not drop a single set in the whole tournament.

The match was led to the golden goal process. Kattner, made too many steps in the attack giving Spain the opportunity to score and win the set, but Germany defended effectively and Kattner was redeemed by scoring the golden goal.

Nevertheless, Germany scored again (20:18) with 15 seconds left, but the Spaniards sent the match into the process of the golden goal, with their last shot two seconds before the end., Specialist Schafer had the last word, and gave Germany a historical victory!

“We are proud of our performance and the silver medal, although of course we wanted to win in the final.

“We have improved as a team, we played very well throughout the World Championships and we represented our country in the best possible way.

“We took the second place a week after our youth team won the gold medal here in Crete.

"Beach handball in Spain is at a very high level."

“We played very well in the final. We gave 100% of our strength and lost both sets with a golden goal.

“Germany is a very strong team, but we are also at a very good level. We are all proud that we took the silver medal”.

"I cannot find words to express my feelings. Last year we won the gold medal at the European Championship and today we are world champions.

“In the last shot that gave us the title I did not have time to think of anything. They threw the ball at me, I made the shot, I scored and I felt like never before in my life ".

"I simply made the shot (that gave Germany a 1-0 lead). Without a second thought, without hesitation I shot it and it went in.

“I am happy and proud of my country, of our team, of my teammates and of myself.

“Success didn’t come due to our individual abilities, but to the team spirit, the good chemistry we have and our desire to get the best possible result”.

"We won two titles in one year, a wonderful, thrilling feat. Last year we won the European title and today we were crowned world champions. Honestly there are not words to express my feelings.

“We had a tactical plan in both golden goal attempts, but in such cases it’s the determination of the players that counts.

“I am proud not only because we won the gold medal, but also because we did not lose a single set in nine games. We won all 18 sets, a fact that proves our superiority and dominance.

“We leave Heraklion tomorrow with the trophy and with wonderful memories. I do not say this to flatter the organizers, but because it is the truth.

“I have coached this team in eight big events over the past six years and this one here, in terms of conditions, atmosphere and hospitality was the best ever.

“We thank Crete for what it had offered us”.