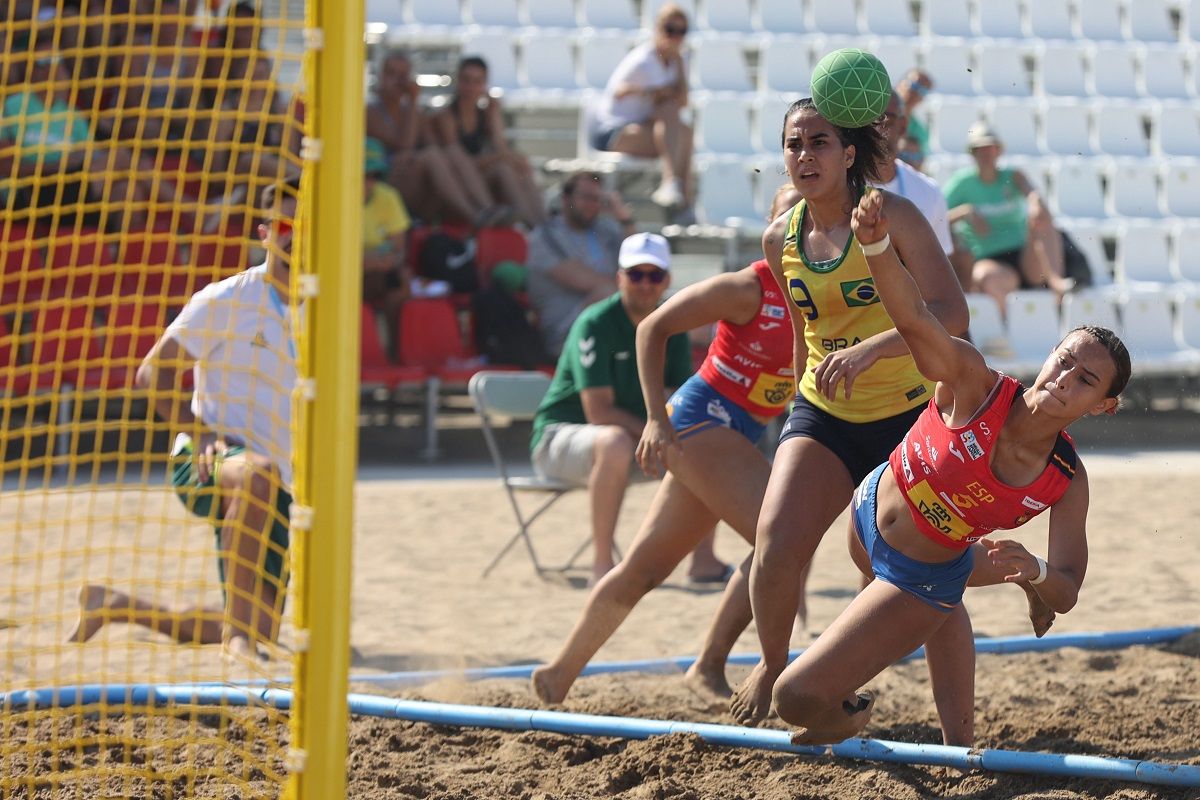 Spain continued its winning streak at the Women's World Championships, as it defeated Brazil 2-0 in Group 2.

In the first set, both teams were hand in hand in the score with several spectacular plays. From the 8th minute onwards, Spain showed more patience in their attacks and combined with some offensive errors by Brazil, they went on to win the set 20-17.

In the second set, despite the fact that Brazilian goalkeeper Negosio Petrucci made several saves and made it difficult for Spain, however, offensively the Brazilians with several errors still failed to score enough points to claim something from the set. So Spain with 2 wins in the competition is ready to advance to the next stage.

De Oliveira (Brazilian player: "It was a very good match. We did everything we could but we didn't succeed. We are looking at the next game".

Malena Diaz (Spain player): Brazil is a tough team. It was a tough game but with patience we finally smiled. We are looking to get as high as we can."