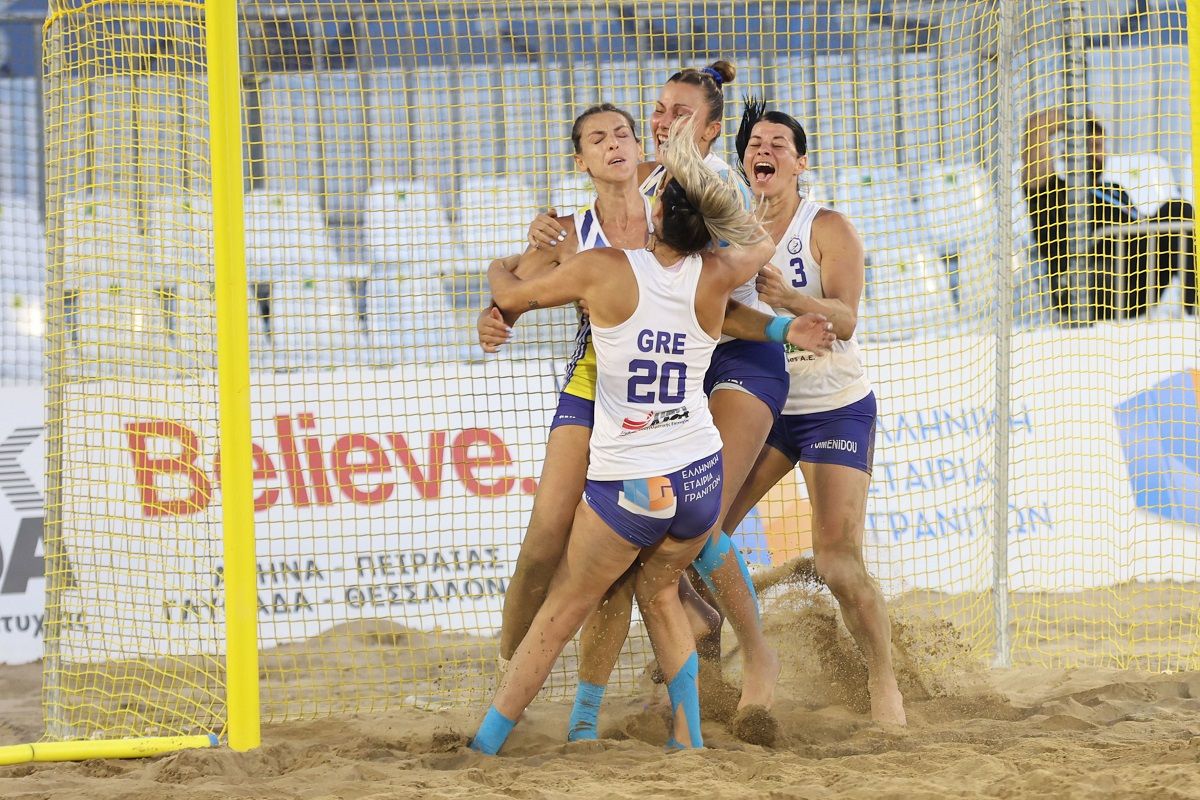 Greece team seems unstoppable at their home World Championships, after they registered a fifth win in as many matches in Karteros Beach Sports Centre.

Their latest victory came against Spain in a thrilling game which was decided in the shoot-out. Both teams needed to make nine attempts to break the tie after they won one set apiece and scored in three of their five shots in the final period.

In the first set, goalkeeper Magda Kepesidou was the guardian angel of the hosts,while Eleni Kerlidi led the attack with 12 points. However, the one who scored the last crucial goal and made it 27:24 was TzeniDiakogianni, 18 seconds before the end of time.

The second set was lopsided with the Spanish attacktrashing the Greek defence and goalieEncinasGuardadomaking ten saves.

Now, the fate of the match would be decidedin the shoot-out. In the ninth attempt Eleni Kerlidiscored to make it 14:12 and Dafina Dimitristopped Lucio Garcia to win the game for Greece.

The top position of the Group will be decided in tomorrow’s (June 24) duel between Greece and Denmark.

"Congratulations to all the girls, because although we had secured a placein the quarter-finals, they did not give up. This shows the character and the mentality of the team.

"I feel proud, because from 2005 onwards we are always among the top-eightteams at all events”.

"I do not know if we are unstoppable, but we certainly showcased what the Greek soul is all about. We always play with passion and we showed it today.

“It was a very difficult match against a traditional powerhouse. We prevailed in the first set, but in the second,somehow, we were outrun! I do not know what really happened, but we saved the day in the shoot-out, so there was a happy end.

"These five successive victories haveboost our confidence in our effort to defend the title we won in 2018 in Kazan”.

"Whenever a match is decidedwitha shoot-out, luck is in the mix. I think we were better than Greece, but unfortunately, we did not manage to win.

“We are upset, but there is no time for tears, after all it’s not the end of world.