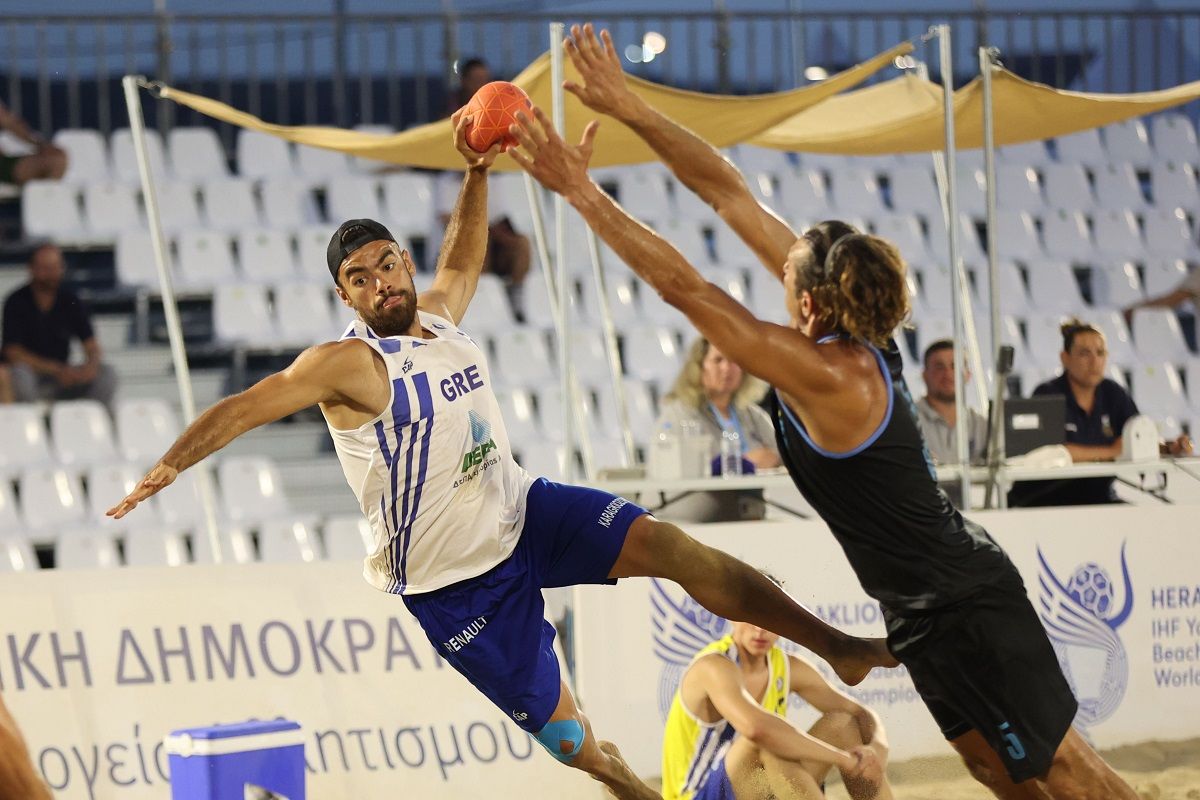 Greece suffered their first everWorld Championships defeat at their second match in the Main Round against Uruguay, but they can still finish atop of their group, providing they win Croatia in their last game in straight sets.

In the second set, Tsanaxidis and Eleftheriadisscored 8 points each, and helped Greece make it all square with 26:22.

In the final set, BicaparriedLadakis’ shot, the Uruguayans didn’t miss a single shotand went on to a great 2-1 victory.

"This is our first defeat. We were a little loose in the first set and our opponents took advantage of our mistakes.

“In the second set we were more focused. We did not succumb to the pressure and sent the match to the shoot-out, where both teams had equal chances to win.

“We achieved our goal to reach the quarter-finals, but we won’t stop here.

“Do not forget that we played in the morning a very tough match against Spain.

“Next comes Croatia, a beach handball superpower. We will give everything we have and try to win".

«It was a very difficult game. Greece is a very good team.

“The team's goal was to reach the quarter-finals and we achieved that. From now on we will fight in every game as we did in the past few days and we want to have a similar performance."