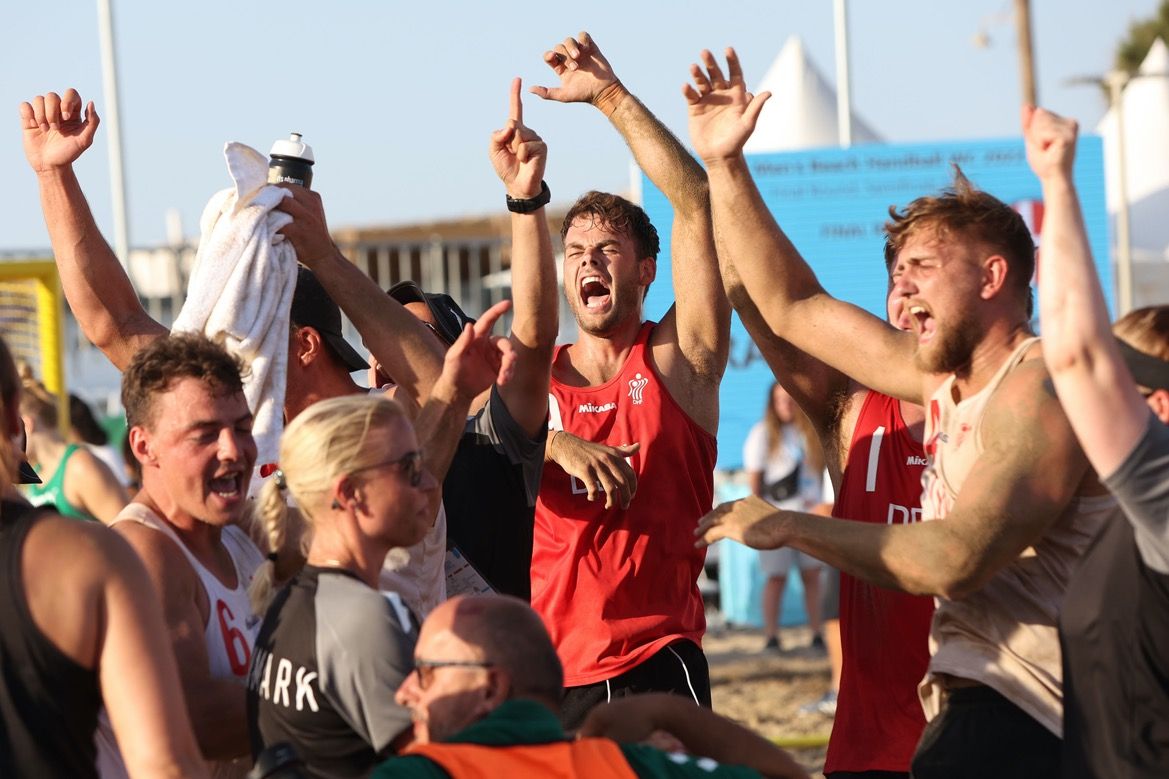 "The king is dead, long live the king"!

The Brazilian kings of the sands rejoiced yesterday afternoon to be crossed by the Danes who aspire to ascend the throne for the first time in their history.
To the World Championship throne, that is, because the Scandinavians have been crowned European champions twice in a row (2019, 2021), and today in the Cartero they will seek to conquer the world.
"We want the world and we want it now," said Simon Moss, ecstatic after beating Brazil in the semi-final thriller.
Moss: "It's crazy what we are living through"
"It's crazy what we are living. I really can't express and describe my feelings. We managed to knock Brazil out of the final and it feels like something unimaginable and magical."
As the line from the movie "Gone with the Wind" goes, tomorrow (now Sunday) is another day...
"We beat them last year,
we have confidence."
"Indeed, the semi-final is one thing, the final is another and also Brazil is one thing and Croatia is another. But we are not afraid, after all, we beat the Croats in the final of last year's European Championship and now we are very confident. Apart from confidence, we also have a very good team, which has now forged its character in big games and we know how to handle them. We proved this in the semi-final against Brazil, especially at crucial points and especially in the shoot-out, even though our goalkeeper was sent off."
Simon Moss was also surprised by the performance of the Greek team. "It has progressed a lot compared to what we knew and had seen in the past. Last year at the European Championships in Varna I was not impressed, but here they played amazingly and deserve to get a medal".
Andersen's tale
and the repeat in Europe
Denmark is the home of Hans Christian Andersen and it remains to be seen whether this World Championship will end up being a fairy tale with a happy ending...
In their previous three appearances at the event, the Danes have finished in fifth place in 2012, fourth in 2014 and seventh in 2018, and in Heraklion they will be on the podium for the first time, either as champions or runners-up.
They have two consecutive gold medals and a bronze medal at the European Championships in their portfolio.
The give-and-take with Croatia
In 2013 they competed at home and reached the third step of the podium, losing to Croatia in the semi-final 2-1, while they beat Serbia 2-1 in the minor final.
In 2019 in Poland, they climbed to the top by beating Norway 2-0 in the final.
Two years later (2021) in Varna, Bulgaria, they went all the way again and retained their crown by beating their current rivals, the Croats, 2-0 in the final.
Will this story be repeated or will it be written in reverse?
The answer will not be long in coming...