Quotes of the day 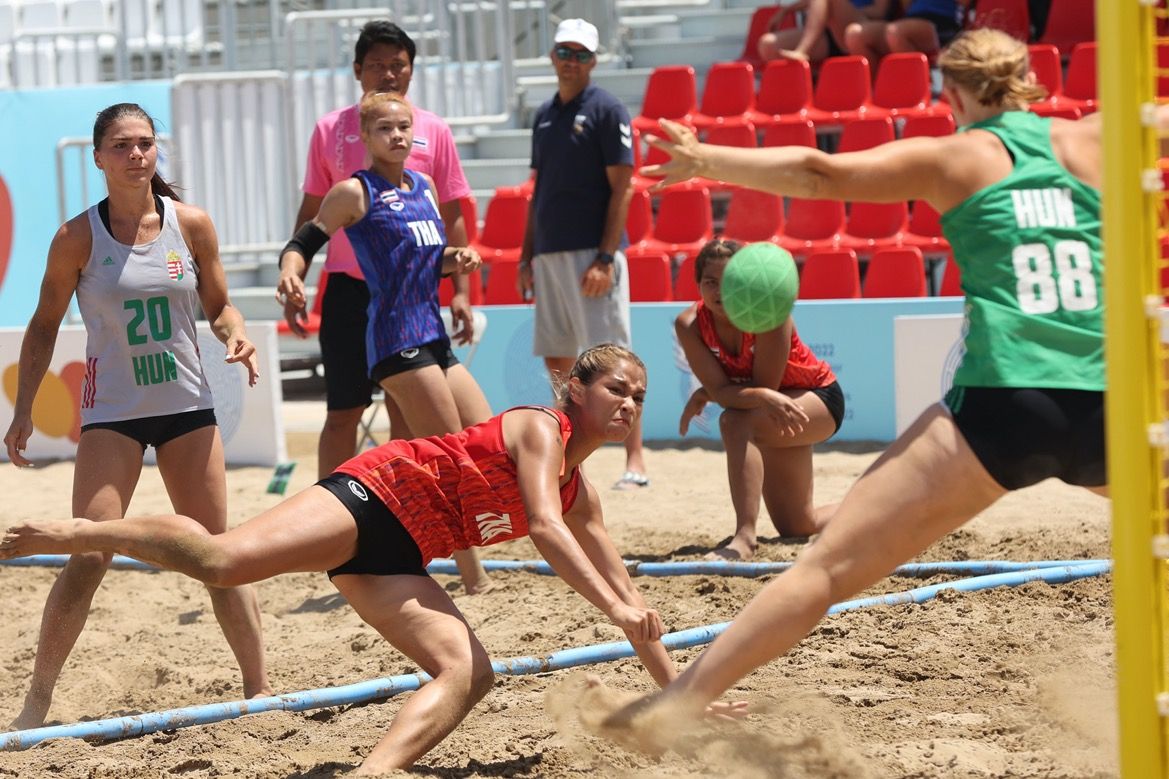 "It was a Championship that was very organized, the courts are excellent and everything was quite good. Exept the results, we are really satisfied. I am disappointed about my team. We wanted to reach the semi-finals and we ranked 12th."

"This is my 6th World Championship. It’s a well organised. We had anything we needed. The transportation, accommodation, the volunteers, everything was OK... I feel like the Greek people are very similar to us. We will never forget this experience!

“We are very satisfied about our level but the result was not what we wanted.

"II will remember the great games we did. We gave the other teams a hard time. It was our first time here at the World Championship and it felt good. Everything here was great."

"I think we did a great tournament. We had very little experience and the level was too high. We play lots of great sets. This victory (at their last game) represents that we 've learnt in this tournament. This will give us new knowledge for the next competitions."

"We had little experience for such a big competition, but we learned lot of things. The experience will help us practice for the next tournament in Alabama.

“It's so beautiful here and the people are so cool!"

"Obviously Greek Handball has spent a lot of time setting up this particular court, it is a fantastic facility. It is a big thing to remember. Greek Beach Handball should be really proud for this Championship!"

"We are a new team that does not have the experience other teams have. Nevertheless, we gradually became better and gained experiences that will help us in the future. We are satisfied with the 7th place.

“The tournament was at a fairly high level, as well as the facilities, the courts, the hotels and everything we had at our disposal was of a high standard.

"There were so many great games between strong teams."

"It was our first time at the World Championship and it was a success that we managed to get to the 8th place, which was our initial goal. We wanted to go even higher, but we had ups and downs in our performance.

“The whole event was successful and we are quite happy to be here. The weather was of course very hot for us Norwegians, but we were in an amazing place and we enjoyed it ".

"It was a world championship, a big event in which we took part for the first time. We were mediocre in our first game, but each day we were getting better and better. We are happy that we won our last game. We learned things from these games that will help us become better.

“Overall it was a fantastic event, in a beautiful place like Crete where I came for the first time. The people who were close to us, the service we had were all excellent. I really want to come to Crete and Heraklion again in the future ".

"We wish we had done better in this World Championships, but unfortunately we did not succeed. The organization was amazing. I was impressed by the transportation. Every day we came from a different route and we had the opportunity to see some things.

“I will definitely return to Crete. It is a beautiful island and I want to come back for vacation".

"It was my first world championship and the first time I come to Crete. The organization was wonderful and the facilities amazing, as was the hospitality, and the people wonderful. It was perfect.

“I would like to visit Crete again for holidays, it would be wonderful. Unfortunately, we did not do as well as we would have liked. We lost some players for various reasons. but in general we all gave our all in the tournament ".

"The level is very high. We could have had better results. The problem was that we came to Crete late and some other factors did not allow us to get a better position. But everything was great in the event. There could have been a different policy in the draw when the pots were decided. Some groups looked easier than others."

"I will remember this culture you get when you are a part of a world championship. It is a great place to be, it's very nice to play here. The beaches are awesome."

"It is a perfect centre. We collected experiences here. People are very kind and warm. They are also happy. It was really nice to participate in this World Championship."

“I am the most experienced player and the leader of the Qatari team. That is why I took the shot that sealed our victory.

We are not happy neither disappointed with the fifth place. We expected something better, but we were affected by the absence of two players who fell ill with COVID-19. As a result, we became physically and mentally exhausted. This countes in matches against European teams, which have big and strong bodies.

We may not be in the top four but fifth place means we are the 2023 ANOC World Beach Games.

Our experience here in Heraklion is amazing from all sides. The facilities created are among the best in the world and the organization was at a very high level. What else can I say about Greek hospitality? It is known all over the world ".

"It was a difficult match against a very good team and unfortunately we did not succeed. We conceded a goal four seconds before the end of the second set and missed the opportunity for something better. We were left out of the ANOC World Games of 2023, but we do not give up.

We leave Heraklion with the best of impressions, in regards with the facilities and the level of the organization, as well as from the atmosphere and the hospitality ".

"It is a nice feeling to say goodbye with victory to a big event. We would have liked to play for a medal, but unfortunately, we lost in the quarter-finals to the Netherlands. But we will return here tonight to cheer for the Men's National Team and we hope that in the end we will celebrate altogether for winning the gold medal.

“I scored the last goal that decided the match against Brazil in the shoot-out and I was very happy with it. We will not get a medal, but at least we qualified for the 2023 World beach Games.

We will leave Heraklion with the best impressions. The event was of a very high standard and we did not face any problems. Everything was great and we thank the organizers for that ".

"We had the opportunity to get a ticket for the World Championships, but we made many mistakes in the second set. Let us not forget that Denmark is a very strong team that won the silver medal at the European Championships last year.

The level of the event was very good and we had a good time. I want to thank the organizers because they made sure we did not face any problems. See you again!".