THE "CRYING GAME " BY GIL PIRES 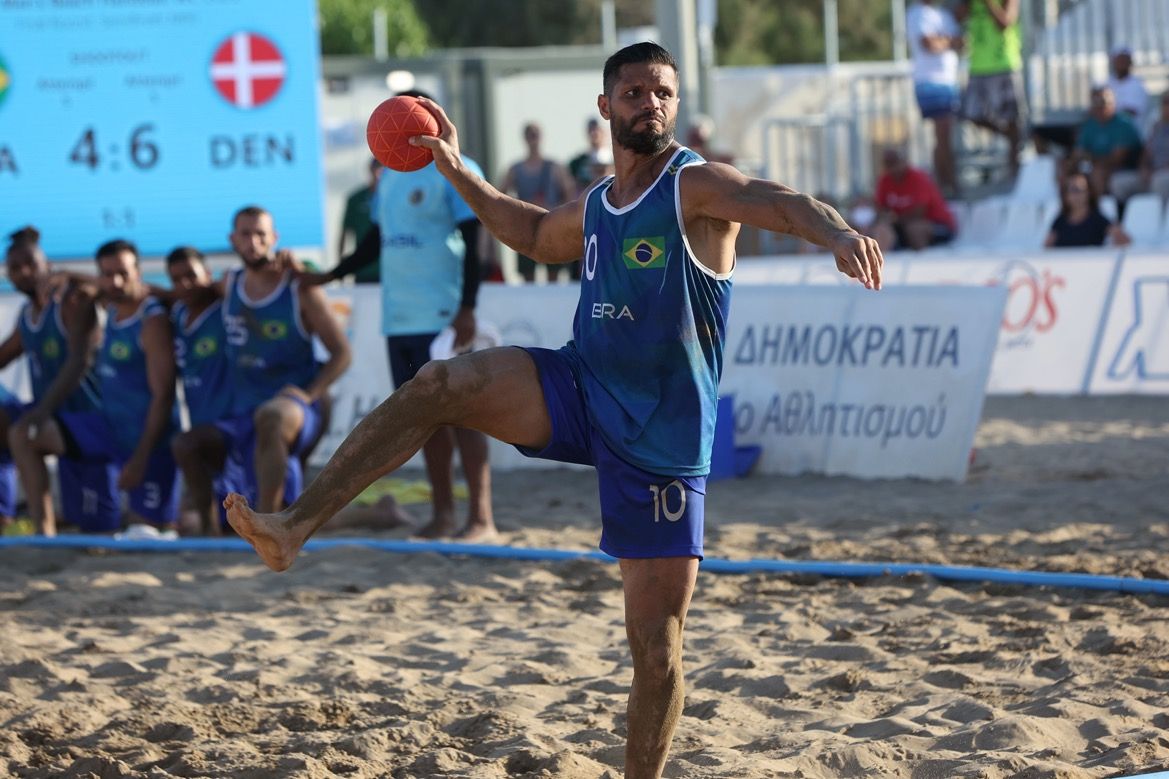 Irish actor Stephen Rea starred in the thriller "The Crying Game" which came out in theaters in 1992. Yesterday (June 25) afternoon in Karteros a remake was to be shot…

The Game of Gil Pires!

The scenes that unfolded after the end of the first semi-final of the Men's World Championship between Denmark and Brazil were not only shocking, but heartbreaking: while the Scandinavians were celebrating their triumph and qualification in their first ever final, the 40-year-old Brazilian had burst into tears!

Pires is like a totem for beach handball. He counts 1356 goals in 146 appearances with Selecao, while he holds a record of five gold and two silver medals in World Championships.

The fatal shot and the shock

Disappointed with the defeat, apart from the fact that he was the fatal man, due to his failure in the last execution in the shoot-out, the legendary player bent down. A really shocking picture.

He was escorted out of the court and his steps led him to the bleachers, where he hid his face with his hands and broke down in tears!

The first to approach him with the aim of consoling him was his former coach in the Brazilian National Team, but also in the Acropolis of Kilkis, Antonio Guerra Peixe, and followed a player of the women team of his homeland who tried to bring him, but in vain!

Pires was in… misery and at the same time in a pitiable situation. His teammates were shocked and anyone who was passing by…

‘’I have never experienced such disappointment"

"It's a very tough time and I honestly don't know how to handle it. I have never experienced such frustration as long as I play beach handball", he admitted.

"Denmark is a great team, I do not object that and I even take my hat off to them for their victory, but I, at the moment, cannot accept what we suffered. It is inexplicable and it seems unbelievable to me how we failed three times in the shoot-outs. I honestly feel like I'm empty".

"Life really goes on", he philosophized. "We will play on Sunday in the bronze medal final with Greece and I hope we will win, although my friend and former teammate in Kilkis, Giannis Lazaridis, will be upset. As for the big final, anything is possible. Denmark has shown their value and are the European championw, while the Croatians have the experience and tradition on their side".

"Well done, I hope to be here again"

Pires, who continues his career in the Alpha team of his birthplace, Joao Pessoa, did not fail to express his impressions of the event. "I have played in Greece, I have friends here and I am not objective (SS: laughs). But truly everything is fantastic: the courts, the atmosphere, the people, the participants of the event. Well done to all and I wish I had the opportunity to come back here".