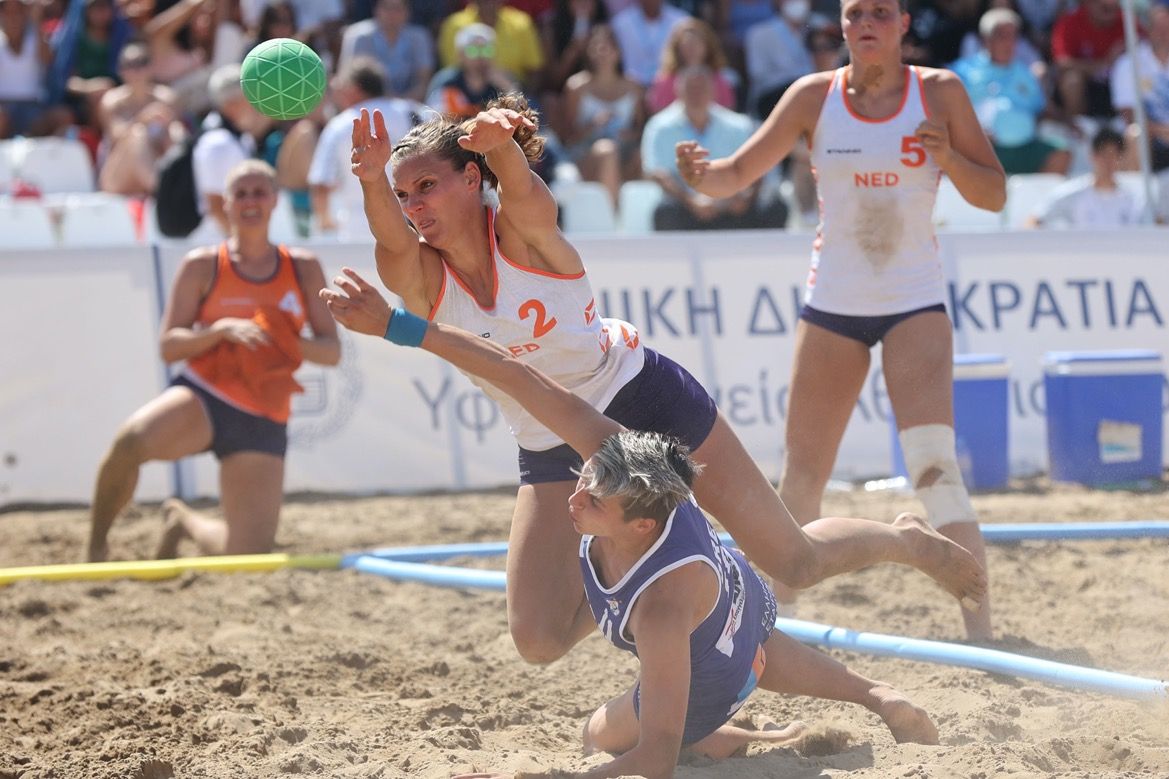 The Netherlands upset hosts Greece in the shoot-out, to claim the bronze medal at the Women's Beach Handball World Championship, their maiden and at the global stage.

In the first set, Greece took a four-point lead, thanks to Mournou’s efficiency (12 consecutive points), but the Dutch turned the tables and went up by four (22:18). The closing stages of the set were exciting, with Mournou equalizing (22:22), but Barnard scores one point to make it 1-0 for the Netherlands.

In the second set, Greece was in control, finding score from more players like Diakogianni, and Dimitriou, but never felt safe. With Greece leading 18:16, Kruijer hit the crossbar and N. Kepesidou N. scored the last goal of the set.

In the shoot-out, both teams missed one shot. With their sixth attempt, Ter Wal saved Dimitriou's shot and Kruijer scored to give Netherlands the victory with 2-1 sets.

"First of all, I have to congratulate the players and my colleague, Sofia Dimitriou, for the hard work they put in, despite the absences, the misfortunes and the problems.

“We gave our best and after winning the title four years ago.  We finished once more amongst the top four.

“Unfortunately, in the bronze medal match a referee’s decision deprived us of winning the bronze medal. In the shoot-out, there was a contact outside the ​​six-metre area, which according to the regulations it should have resulted to a penalty and a red card. Regulations should always be enforced. It’s a pity…

“We have already started planning and preparing for the next day. Next goals are the European Championships in Portugal, the World Beach Games in Bali, the Mediterranean Beach Games here in Heraklion and the European Olympic Games in Krakow. We always aim for the top".

"I think we undoubtedly deserved the bronze medal. In the first set we dominated, we were the better the team. In the second set, our goalkeeper had a very good performance.

“We kept our concentration and even when we lost one shot we put the next one.

“We deserved the mdeal, although we did not think we would be here. We are very, very happy".